Naphta-Abadan heavy naphtha $0.00
Back to products
Next product

Naphtha is a flammable liquid hydrocarbon mixture. Mixtures labeled naphtha have been produced from natural gas condensate, petroleum distillates, and the distillation of coal tar and peat. In different industries and regions naphtha may also be crude oil or refined products such as kerosene. Mineral spirits, also historically known as “naphtha”, is not the same chemical. 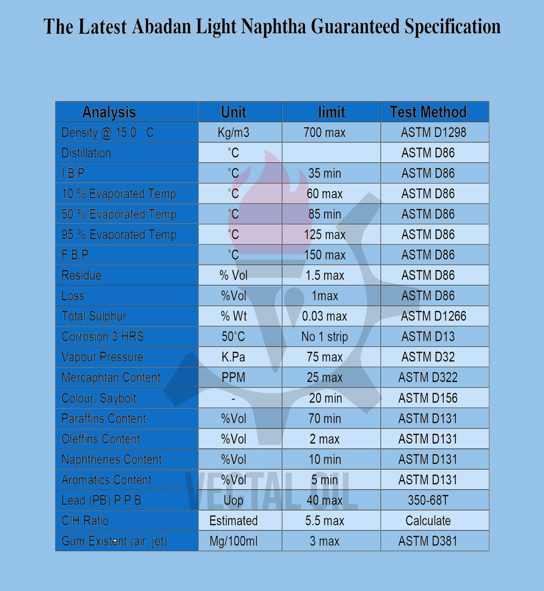 There are no reviews yet.

Toluene is an aromatic compound that has many applications in chemical industries. Toluene, with C7H8 chemical formula, is found a lot in coal tar and with less quantity, in crude oil. Toluene is a colorless and flammable liquid, which is soluble in alcohol, benzene and ethers, but not water. The most important source of producing Toluene is reformates and after that is pyrolysis gasoline from olefin units. A little portion of toluene supply is derived from coke and coal-based processes.
Add to cart
Quick view

$0.00
This Fuel is Obtained From Middle-Distillation Products Of Refinery Of Which Distillation Range Lies At 150-385 Degrees Celsius. This Product Is Refined Chemically And Physically In Such A Manner That Comprising Hydrocarbon Compounds Have Proper Function In Torches And Internal Combustion Engines. The Natural Color Of This Product is Amber. It is Applied As Fuel In Internal Combustion Diesel Engines And As Fuel For Types Of Household And Industrial Torches.
Add to cart
Quick view

$0.00
Ammonium chloride, abbreviated as ammonium chloride. It refers to the ammonium salt of hydrochloric acid, which is mostly a by-product of the alkali industry. Containing 24%~26% of nitrogen, it is white or slightly yellow square or octahedral small crystal. It has two dosage forms of powder and granular. Granular ammonium chloride is not easy to absorb moisture and easy to store, while powdered ammonium chloride is used more. Basic fertilizer for the production of compound fertilizer
Add to cart
Quick view

$0.00
Gasoil (French: Gasoil) or petroleum gas or diesel fuel (French: Diésel) is used as fuel for diesel engines and thermal installations. Its hydrocarbon range is between C14-C20 and even C25 with a boiling point range of 385-250 degrees Celsius. Petroleum gas mainly consists of three groups of paraffinic, naphthenic and aromatic, has a minimum flash point of 54 ° C and a maximum pour point of 0 ° C.
Add to cart
Quick view

$0.00
A middle distillate and form of heating oil, gasoil is primarily used in heating and air-conditioned systems.  Gas oil is one of the most actively traded oil products, and comes between fuel oil and the lighter products such as naphtha and gasoline. In its broader definition, it covers the oil products used for diesel automotive fuel and jet fuel. Gas oil is also used in industries for various applications such as power generation or as a fuel in boilers, machinery and other applications is expected to fuel the demand for gas oil. Growth in disposable income along with increasing number of vehicle especially in the Asia Pacific is expected to upsurge the demand for the gasoil.
Add to cart
Quick view

$0.00
Description Urea is widely used in fertilizers as a suitable source of Nitrogen and also is one of the important raw material in the chemical industry and is used in the production of plastics especially urea-formaldehyde resins, adhesives such as urea-formaldehyde and Melamine Formaldehyde Urea,Potassium cyanate and Urea nitrate.
Add to cart
Quick view